Would you like to visit WNC, but have no clue of where to go or what to do?  Well check out this article for some ideas!

Link To My Poem, “The Letter”

This a link to my famous love poem “The Letter”.  It is about a person who loves someone so much they are will to wait forever.

This article addressing REACH of Haywood County, NC.  REACH provides immediate assistance and funds to victims of domestic violence and rape victims.  If you wish to know more follow the link.

To achieve, You Must Fail

“We learn from failure, not from success!”  Bram Stoker. 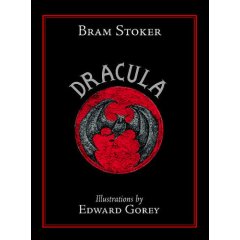 No truer words can be said that by the reinventor of the vampire.  We all have dreams.  Whether your dreams are to be the quarter back for the Dallas Cowboys, an actor in the next hollywood blockbuster, or perhaps, something more subtle like getting married and having family.

And more than anything we wish to succeed at what we want to do.  However, human motivation is always quick to fail when we realize the hard work and focus required to reach our goals.  It usually starts off with of failure, followed by procrastination, and then we put our dreams on the back burner, like a  evaporating pot of boiling water .  All that’s left is the possibilities of what were.

That old cliché that someone is a “natural” is, well, just a cliché.  There is no such thing as a being a natural.  When you see somebody that does something well it is because they are trained.  People who train and succeed have learned one simple thing that allows them to be good at what they do.  Failure!

Failure is part of achieving your dreams and goals just as much as doing it.  If you believe that because you can just go out and get a contract with the UFC just because you have ripped abs, and brawl on the street well, you’re wrong.  Sure you may be good, but when you get into the octagon with someone trained, unless you have luck, you’re going to fall.  Google Kimbo Slice to see what I mean.

It’s that failure you have to learn from.  Your faults speak more about your character and type of person you are more than your success will any day of the week.  In the last couple of weeks I have learned much about my own.  I have a problem using the right tense and choosing the proper form of irregular verbs; though apparently I was told that I write great stories.

My dream is to be a published author that makes a comfortable living doing what I enjoy doing.  As a secondary dream, I hope that I will hopefully have one book in my lifetime be on the NY Time Top Ten list.  However, I know that I still need a lot of work between now and then.  Seven times this week I have been rejected, but now I know where my faults lie, and that four of these people are willing to publish my work if I can fix the structural errors in my stories.  This has given me a guide to go by to better my for chances for success.  Now all I have to do is reformulate my strategy for success.

Posted in Lunacy or Madness?, My Growth As A Writer